Lorin grew up in a San Francisco and initially found a love of the visual arts rather than music, creating movies with his dad’s camera when he was just 10 years. Bassnectar's original musical influences included metal and rock bands such as Metallica, Megadeth and Nirvana so some may find it hard to believe that he pursued an electro/drum & bass career but those early influences are still evident on tracks such as 'Seek & Destroy' and 'Boomerang'. A real reason he became affiliated with the genre was due to his enjoyment of raves in the mid-90's, where he found the house/dance vibes so exciting and inspiring that he began to create his own brand of genre bending electro and has continued to develop on these founding inspirations ever since.

He cut his teeth on the house party circuit of San Francisco's Bay Area under the name DJ Lorin, this basement quality is still evident in his live mixing qualities today. Bassnectar is famed for his live performances and light shows. In 2005, he began touring constantly in the States as well as all over the world, these included a regular stop at the legendary Red Rocks Amphitheatre in 2011, 2012, 2013 and 2014 as well a special performance each New Year's Eve. His performance for New Year's Eve 2011 at the Bridgestone Arena in Nashville sold out to 13,000 fans+, and a sequel event has taken place every following year to date, with Bassnectar performing from a rotating stage at the center of the arena which allowed every member of the audience get a fantastic view of his spectacular show. Bassnectar also performs regularly at a variety of music festivals, including Bonnaroo, Coachella, the Electric Daisy Carnival, Lollapalooza, and Wakarusa. In 2012 Bassnectar sold a quarter of a million concert tickets excluding festival performances.

Despite not having any real commercial success with his albums, Bassnectar has managed to create a community who have a shared adoration for his momentous electro and ambitious live performance which has been known to incorporate musical collaborators and circus performers.

You've voiced your opinions, and Bassnectar has listened. After he announced that he would throw a pair of shows from November 1st-2nd in honor of Day Of The Dead called Freakstyle 2019, tickets sold out rapidly. In order to accommodate the fans, the famed producer decided to add in a third date on October 31st, 2019. The festivities will be held at the Van Andel Arena in Grand Rapids, Michigan.

Bassnectar (real name Lorin Ashton) has described the event as following a similar format to the Freestyle Sessions party he threw in Denver this year. For those unfamiliar, that means it will be going dark, creating the ultimate haunting experience right in line with the Day Of The Dead theme. His freestyle events are curated with the idea that "anything goes" in the music department. You can expect to hear some unreleased music, deeper cuts, and a more eclectic set from the legendary producer.

Joining the party will be an impressive list of supporting acts. October 31st will feature DC Breaks, Russ Liquid, and Chee. The November 1st show will include Kursa, Stylust, and Super Dre. The final night, November 2nd, has J.Kenzo, Aztek, and Distinct Motive joining the stage to close out the epic spooky spectacular.

If these shows weren't already enticing enough, proceeds will go towards Ashton's Be Interactive initiative to give away free therapy. $2 of every ticket sold will be allocated towards providing another 1,000 applicants with services. Previous proceeds came from his Bass Center XII ticket sales. 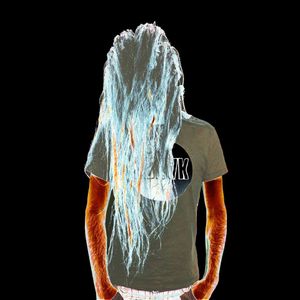 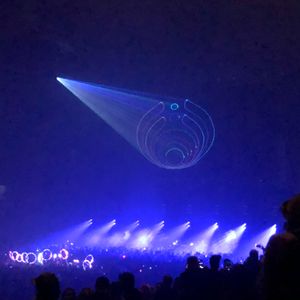 What started back in the mid nineties as an experiment fusing youth culture and social action has turned into a multi-faceted, multi-faced creature called Bassnectar. It ...
Live Photos of Bassnectar

What started back in the mid nineties as an experiment fusing youth culture and social action has turned into a multi-faceted, multi-faced creature called Bassnectar. It ...

Get the full experience with the Bandsintown app.

Bassnectar has added a date for Freakstyle Halloween Dark Party at Van Andel Arena on Thursday, October 31st at 7:00PM. This show is for ages 18+ only.

By combining sound and force with weight, the Bassnectar experience engulfs the senses. The experience of Bassnectar is more visceral than auditory, as the music sets any stage for an adventure without rules or limitations. On Bassnectar's stage, there is no hesitation in fusing the familiar with the strange or the classic with the cutting edge.

Bassnectar is the brainchild of Lorin Ashton, and his open-sourced musical project is as diverse as it is imaginary, as raw as it is meticulous, and as fierce as it is stunning. Spanning the spectrum of sonic style, the music draws inspiration from every genre imaginable and supplies a synthesis of intense, wobbling basslines and hypnotic soundscapes for a devout international audience that desires the beautiful and the bestial in the same breath.

In whatever medium Bassnectar works, music is the lure and social impact is the sincere intention.

Ticket prices are subject to change. For current ticket prices, visit Ticketmaster.com. Ticket prices may vary, as market pricing apples to all tickets. Prices may fluctuate based on supply and demand. Tickets may be purchased at the Van Andel Arena(r) and DeVos Place(r) convention center box offices or on line at Ticketmaster.com. A ticket limit of 4 will apply to every order.

This show is a single day event only. It is NOT part of the November 1st & 2nd events. All tickets are general admission only. 577 - module_1827 EventDescriptionModule moduleMedium

Although I was surprised immensely. - Leaving Sochi after a ten-day rest, my wife and I only complained that this time we did not manage to have fun. Failed ok.

Good girl, - Blanca even smiled, - Brave. Nicely turned the case. Who else. - Enough for her, - the general got up from the table and went to the window, - We have problems.

But he entered in an unusual way, bending. Therefore, I had to move even further. Finally, our pubes stuck to each other (they just stuck, you can't say otherwise, because Marina's whole groin was wet). I felt the head buried in something inside her vagina and did not sink further.

How to remove aerator from pfister kitchen faucet